Amidst a crowd of tourists beside the General Wolfe statue high on Observatory Hill, I stood in wonder at the ever-changing skyline of Canada Wharf – what a shock for this Greenwich-born hero, as his handsome statue overlooks a project which I thought would never get off the ground.  How wrong I was at the first ‘airing’ to the Greenwich Society of the scheme held at Rangers House by the Canadian developers – everyone was stunned.

Now looking even further forward, I observed yet more skyscrapers climbing into the sky to join their chums.  The extraordinary course of the Thames as it winds its way around the Isle of Dogs is the only familiar landmark left!!

Father Thames is revitalised as fast ferries weave their way from Woolwich Reach via Bugsbys Reach and then into the glorious waterfront of Greenwich’s Royal Palace – now threatened with even more high rise developments around its skirts!  Looking back, forty years ago I was astonished to see Cutty Sark on the move as I walked the dog on Point Hill.  The illusion of a passing tall ship made me jump as she headed upstream to the City and towards St. Paul’s Cathedral, which then still held centre stage over the Square Mile.  But look again now and be even more astonished as the Shard on the South Bank has upstaged one and all.

As I reviewed the once-familiar Thames bank, I look forward to see the promised Tall Ships Festival add even more sparkling stars to our river front (I just can’t wait for my pen to work!!) 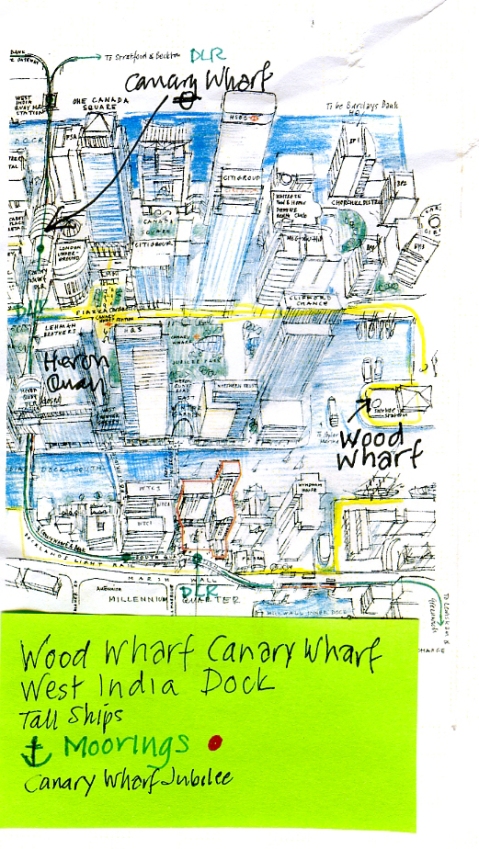 One response to “Lookout September”