Recent welcomes to Greenwich have been confirmed by a new river enthusiast, Deborah Montlake, who has moved into a striking new penthouse at Capital Quay – that’s the new development at the head of Deptford Creek.  Her panoramic view across the Thames and Docklands has produced some fascinating comments and stirred her into action by baking cakes for the Royal Naval visits to Greenwich.

From her galley, she has felt involved with the goings and comings of HMS Defender and HMS Ocean.  So, as a friendly gesture, she baked a cake for both ships which, of course, were received in typical naval style, as only the senior service know how.

Deborah was also amazed by the size and splendour of ‘Viking Star’ who visited her front garden on her maiden voyage en route for Istanbul and St. Petersburg.  Full page ads in The Times wetted my appetite – but why bother when we have it all happening here on our doorstep? 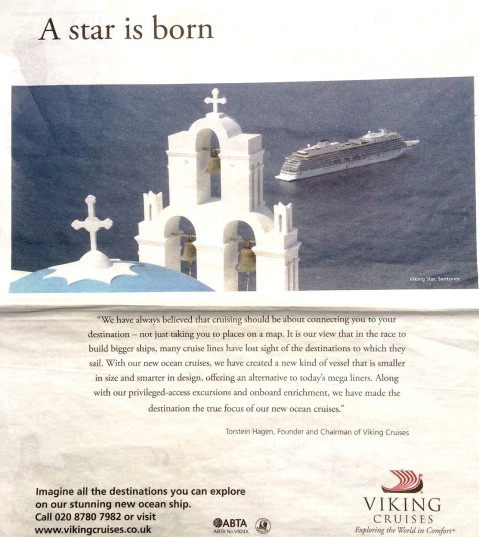 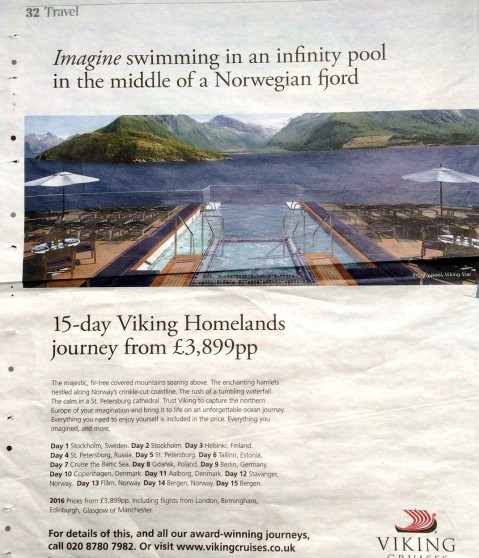 Also spotted was the erection of yet another tower crane on the Peninsula – this time it’s working on Paul Devril’s new shipyard complex which services so many of our local working craft.  From tourist launches to Thames sailing barges, I can recall drawing the Grand Turk of Hornblower film fame while in a floating dry dock – a jewel of a vessel which I illustrated for visitors’ guide when she toured the UK.  The yard, once owned and run by the Piper family, is having to move because of development pressures.  The purpose-built facilities a little further downstream near Primrose Wharf are sited at the busiest remaining working wharf at Victoria Deep Water Wharf.  As the name implies, large sea-going ballast dredgers come alongside to unload aggregates for the construction industry which is extremely busy now with the extraordinary activity leading up to the O2 – (more anon!).

I wonder how many locals remember the wharf as  a container port for the short sea routes into Europe – who would believe its new next door neighbour is to be a golf driving range to serve the new, emerging Intercontinental hotel.  Greenwich is really on the global map now!!  (Don’t tell a soul – the prime meridian has been just here for centuries!)

Also by chance, there was a golf driving range, also on the prime meridian, across the river at Blackwall on the site of the giant Electric Power Station, I’m sure within range of a powerful driver from today’s golf elite!

I was mystified by the numerous high towers being erected around the newly-built cattle shed;  but of course you need to hang high nets to catch the barrage of golf balls before they crash into the extensively glazed luxury 5-star international continental hotel;  also to protect the thousands of delegates arriving at the new conference centre (look out Park Lane!!)