Turn of the tide into another year, lost and found

Urgent action was required to reinforce the historic embankment in front of the Royal Naval College.  The installation of a protective mattress was urgently required to prevent further deterioration from the scourge of scouring caused by the wake of a fast moving craft which is followed momentarily by a second undertow – much respected by our local tideway rowers who could easily capsize unless they stop and spread their oars.  Coming ashore at Highbridge is particularly hazardous as the eights are manhandled to be carried across the foreshore into the adjacent boat house.  Scouring has washed away both mud, sand and even chalk to expose a medieval pier structure.  Tudor structures have attracted a lot of attention especially from an ever-growing number of mudlarks (who have to be registered). 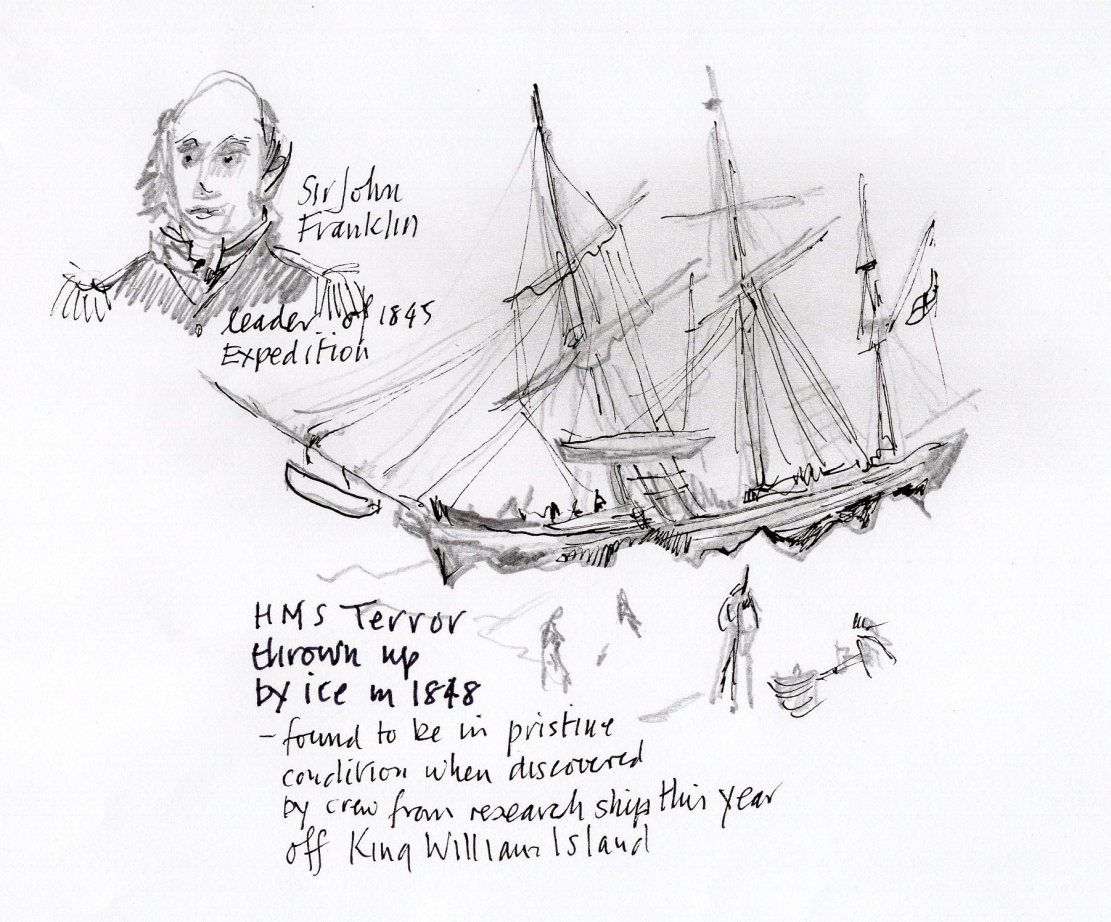 Close by is the granite obelisk to the memory of a French naval officer, Lieutenant Bellot, who lost his life in 1863 looking for the missing explorer Sir John Franklin while searching for the North West Passage, overwhelmed by thick sea ice.  Both HMS Terror and HMS Erebus, with crews of 129 souls, were lost in the ice.  The search intrigued generations.  The wreck of HMS Erebus was found back in 2014, while HMS Terror wreckage has just been located off King William Island by research vessel ‘Martin Bergnann’ after a suggestion by one of her Inuit crew.  There is a monument to these brave explorers in the nearby lobby of the Royal Naval College Chapel which is indeed worth viewing.  I thank ‘Sea Breezes’ magazine which is published in the Isle of Man and arrives through my letter box full of maritime interest which I devour.  Their editor Captain Hamish Ross sends ‘overseas’ news from every corner of the maritime world and it is wonderfully illustrated (see seabreezes.co.im, £4.14 – an ideal stocking filler!)

The Christmas issue of Sea Breezes reported that our largest local ship owners based in Blackwall at Trinity Buoy Wharf have ordered two new fast ferries be built in the Isle of Wight.  The original fleet were built and shipped from Australia – the former river bus fleet were exported to Thailand!!  In 2016 Thames Clippers carried our four million commuters and tourists.  The up-river service extends to Putney, serving the extensive developments upstream from Westminster – new piers at Blackfriars as well as new extensions at Westminster too!!

Seasons Greetings to one and all!!  My exhibition continues until January 30th (closed 24th Dec to 5th Jan inclusive), so do pop into The Greenwich Gallery just off Royal Hill.

2 responses to “Turn of the tide into another year, lost and found”