Reorientation on the river – soon 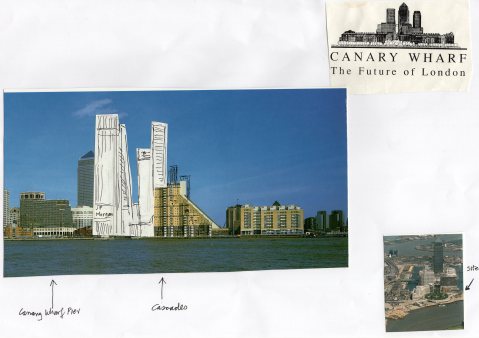 Out of this undeveloped riverside, two major office skyscrapers will change the famous Canary Wharf image which was part of the first phase of original development adjacent to the Pier at Westferry Circus.  It was here that the first river ferry services operated and that visitors got the major impact of the giant development which has matured into an international financial centre.

JP Morgan may well be the prime tenants and, no doubt, will attract many more international tenants.  As viewed from their present buildings adjacent to Heron Quays DLR, the once dramatic views up river towards Tower Bridge will also be obscured except from Westferry Circus which is such a critical part of the east-west concept.  Many wharfers will have to reorientate themselves as this giant scheme develops putting No 1 Canada Square somewhat in the shade.

Viewers from Greenwich Park up at the Wolfe statue will also be astonished as the balance of power changes.  Beware that to the east a whole tranche of high risers might well confuse too!