Autumn into winter on Greenwich waterfront

I was shocked as I sipped my morning coffee to see half of the Pier’s pontoon slide down on the ebb tide to Walsh’s mooring just off Ballast Quay.  A pair of Paul Deverell’s tugs took control to edge her into their floating dock just downstream.  The Port of London’s ‘Triton’ cranes had engineered the move from the pontoon’s usual moorings.

A pair of river services ‘Ambassadors’ were posted to control the restricted comings and goings of passengers onto the Thames Clipper ferry service up to town and the hardy tripper craft which run from the O2 up to town – also down to Woolwich at rush hour and upstream to Putney.  Their comings and goings at the crack of dawn until late at night service the O2 (where a fascinating array of tennis players and entertainers keep their punters happy), and there’s a regular swish and swash as the passing clippers create a sea-like serenade by day and night, waves hitting the foreshore and immediate structures. 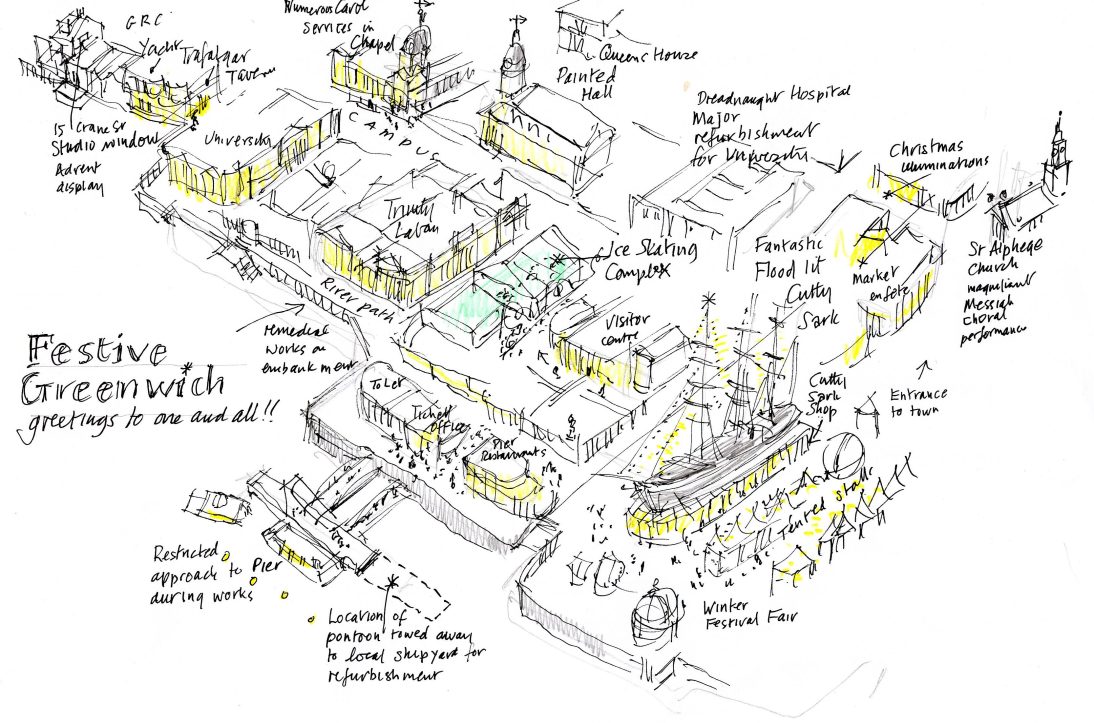 Meanwhile, reinforcement of the stone work embankment is being undertaken upstream just around the projecting bluff of the pier.  Fine craftsmanship by the stonemasons is a joy to see, continuing the expert attentiveness of Greenwich Hospital to its waterfront cast iron railings, in spite of the ever-increasing pounding by the powerful clippers’ wash.

Down on the foreshore extra protection has been placed by netted containers of rocks to ease erosion of the historic embankment.  The sandy mud has been washed away to expose the ancient wooden pilings which formed the Tudor staging where watermen of old delivered the great and the good to the Royal Court and the Greenwich Town market.  Nowadays the DLR, buses, trains as well as ferries disgorge tourists who throng the market and shops.

One of the attractions is a continental-style, tented Christmas Market sited on the extensive paving that surrounds the Cutty Sark in its expensive glass enclosure, her rigging dressed overall in twinkling lights with a sparkling star at the top of the foremast. 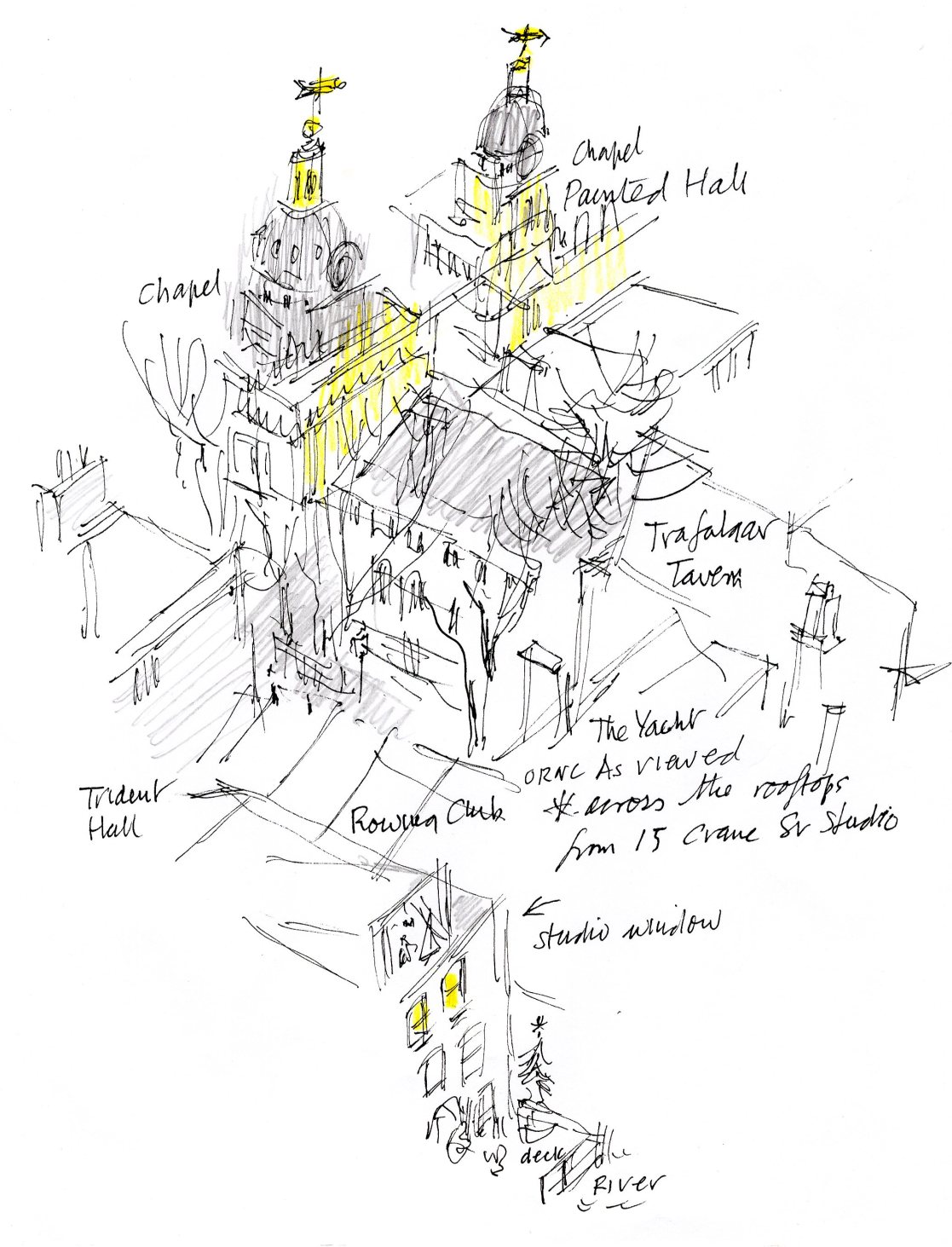 Walking along the riverside path in front of the floodlit Old Royal Naval College is a foretaste of further illumination designed and planned for Thameside’s embankment and bridges early next year.

A brand new reception and pier is due to be opened soon for Woods Luxury Launches from their newly-aligned pier just opposite the Savoy Hotel, where a pair of stylish river cruisers will provide the great and the good with haute cuisine dining facilities in these luxurious vessels by day and by night.  The ever-changing startling architecture of riverside developments not only up in town but both up and downstream provide a really remarkable experience not only for Londoners but visitors alike.

London’s string of pearls of historic and new structures will amaze, and are a must for next year’s visitors too!