The Thames Tideway Project is going to bring new maritime activity into a long-defunct inland port which has been abandoned for many a year.

Trade in and out of the Creek supplied the great Port of London with a once-busy waterfront serving industry and commerce where wharf side facilities were used for import and export trade.

At the head of the Creek, ship building and fitting out of both naval and mercantile was extremely active since the Vikings and Tudor days.  The cradle of the Navy – the East India Company Trinity House vessels were built and serviced here.  Ship building and repair created opportunities undreamed of.  The tidal miles-long creek was once abuzz with activity.  Both road and rail connections enhanced its potential.  It was along the Creek where London’s water and waste was controlled.  Bazalgette’s great sewerage system for the capital was reliant on Creekside pumping stations to help effluent on its way to the Crossness Treatment plants where tankers (known as Bovril Boats) exported the waste to deep water disposal areas. 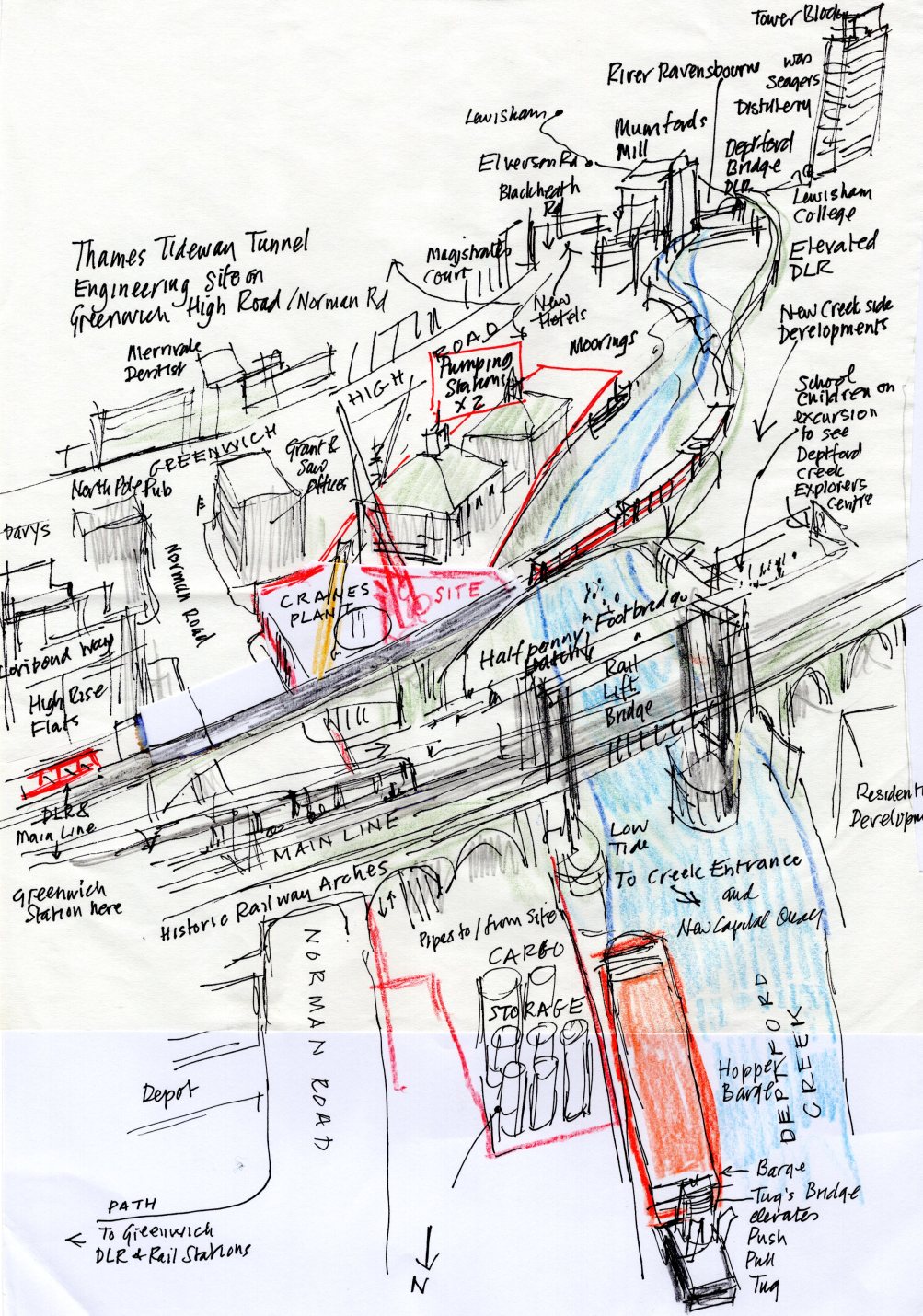 The extraordinary population growth of London and its suburbs now requires a major new civil engineering undertaking to cope with pumping and storage facilities. After extensive searches for suitable waterside sites, preliminary works are very much in hand and obvious to their neighbourhoods as jetties, pier heads and construction facilities gradually appear.  The first giant boring machine has been delivered by river to Cremorne Wharf at Chelsea’s Lots Road.  The size of the tunnel will be much wider than the recent Cross Rail works in order to facilitate transit and even storage on the move!!