Down by Waitrose the Vikings are back!! 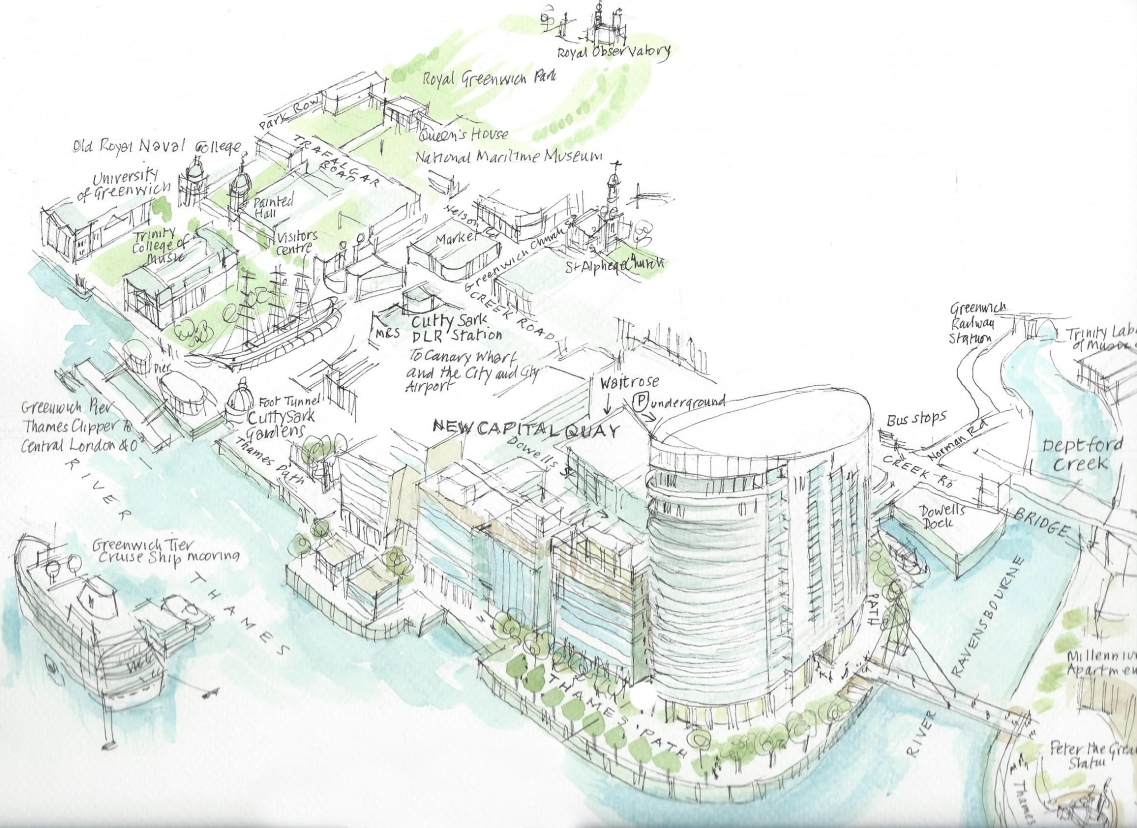 As we all take in this tropical heat, it was a joy to take a breather yesterday lunch time at one of the spectacular new apartment blocks recently built overlooking the Thames a little further upstream from our quayside abode.  There we were entertained for a light lunch of fruit jelly and other high summer delights high up in a stunning penthouse apartment overlooking Greenwich Ship Tier buoys at the entrance to Deptford Creek and the River Ravensbourne – a favourite mooring point for visiting craft since Viking times, including pre-war German liners!!  Here deep water anchorage is for visiting cruise ships, aircraft carriers and the like.

From our lunch vantage point, alongside the PLA’s ‘Welcome’ pontoon, we watched passengers come and go via the speedy Thames Clipper to Greenwich Pier in a flash, or up to town to Central London. 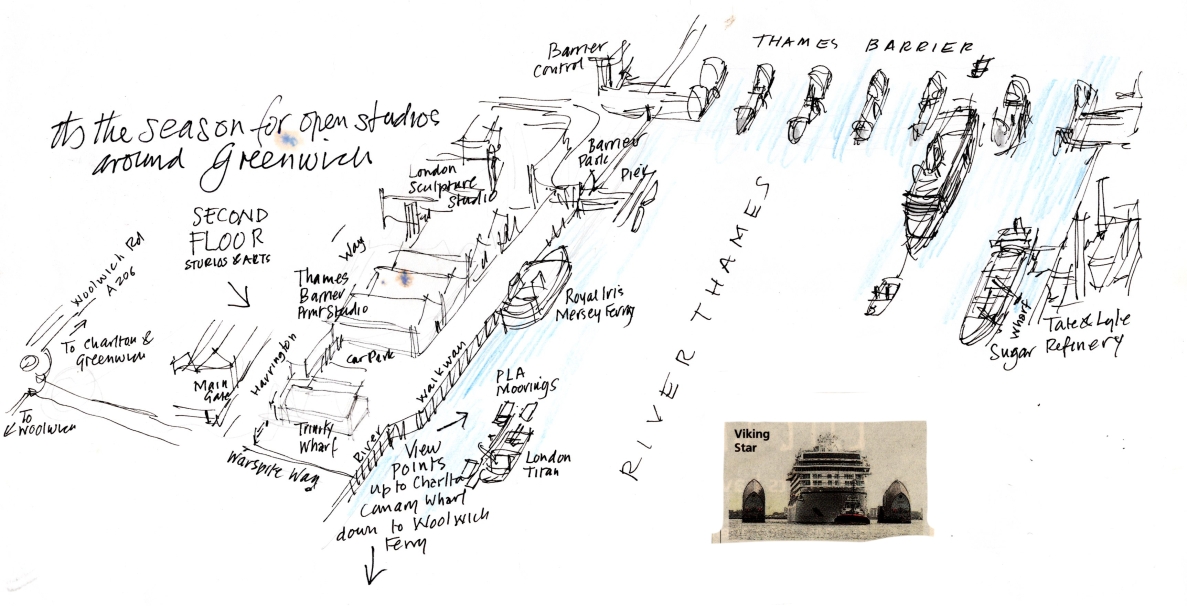 Our panoramic view from Beacon Point took in historic maritime Greenwich down to the O2, Canary Wharf, The City and West End just minutes away, famous land marks including Highgate Hill which sparkled in the sunshine.  At night the flood-lit ‘Viking Sea’ looked spectacular against the glittering skyline of Canary Wharf and beyond.  Later we whizzed down to Waitrose store leve, with the biggest underground car park in the capital (one of the amazing hidden ‘gems’).

Our hosts, who just love their new style of high-rise living, are jointly facing the ignomy of legal action over the cladding of the new structure, just as many other Londoners are realising – to their cost.  Heaven only knows how many thousands who have chosen to live in similar riverside apartments throughout Docklands, rising like giant mushrooms throughout our neighbourhoods.  We were delighted to learn of a reassuring community spirit, also that newcomers just love our amenities established over centuries of caring folk who have volunteered to man and support our rich, cultural lifestyle.