High winds on the home front!

Living on the riverbank of the Thames is full of surprises.  By day and by night, the tides sweep in and the strong winds compete with gusto.  Dawn is always too early as the bright office lights of Canary Wharf financial centre shine right into the heart of our house.

Incoming freight of engineering supplies bound for the numerous upstream construction sites of London’s new super sewer utilise the incoming tide in order to navigate alongside the new wharves.  As soon as they are off-loaded, they return with the tunnelling spoil for downstream landfill sites. 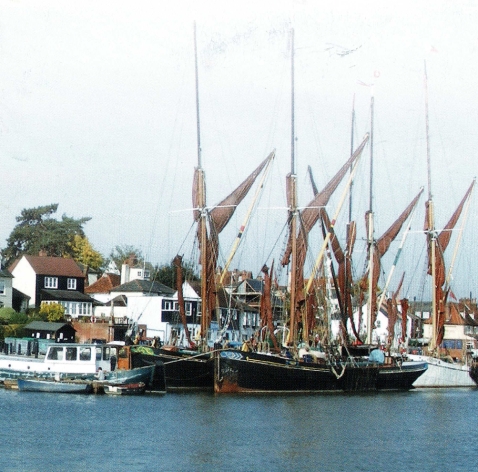 Last Wednesday I was taken down to Maldon in Essex, home of numerous Thames sailing barges, in order to collect a load of spring potatoes and other seeds from the High Street emporium bound for the Cross family allotment in Greenwich, which is the pride and joy of Anthony and Sarah Cross. 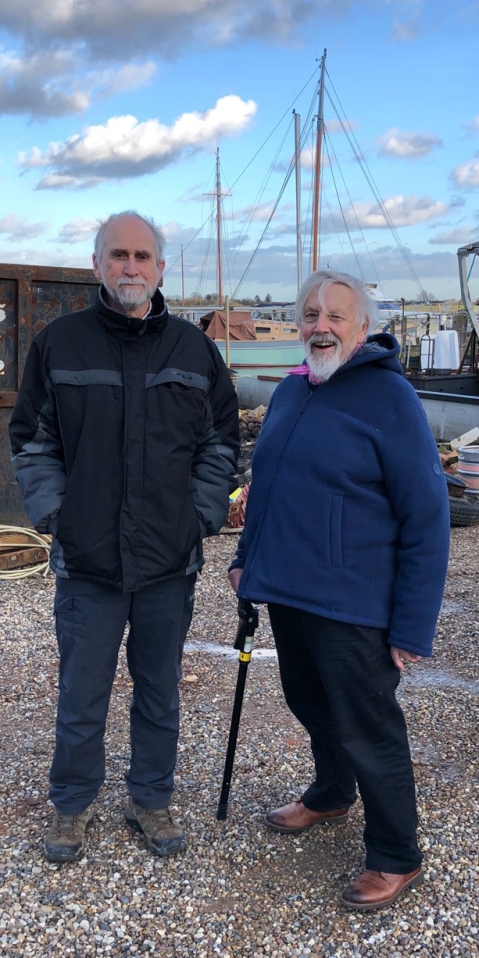 We enjoyed a light lunch with a local shipwright at a Creekside pub where the crew of ‘May’ were applying the red ochre stain to the canvas sails stretched out flat on a concrete quay space which is not available at their London base in St Katherine’s Dock.

The Kent family have sailed from here in ‘Repertor’ and on ‘Ironsides’ to take part in barge matches on the rivers Blackwater, Colne and Orwell, also on the Swale and Thames Estuary… So memories come flooding back of happy family times.

Now a sharp wind plays havoc with tarpaulins stretched over next door Trafalgar’s spring clean to the ancient roof;  at the same time to the council flats in nearby Eastney Street.  Believe it or not, seven Union Jacks fly from neighbouring buildings in Crane Street as well as a startling floral display on the flank wall of this historic watering hole!

History repeats itself as yet again as Greenwich plays yet another role in power sharing, when yesterday the majestic setting of The Painted Hall just across the road hosted PM Johnson explaining his post Brexit strategy.

PS   Be sure to pop into the ‘Traf’ with its spectacular riverside bar, splendid in historic artefacts and paintings collected by landlord Frank Dowling – Bravo!!

One response to “High winds on the home front!”